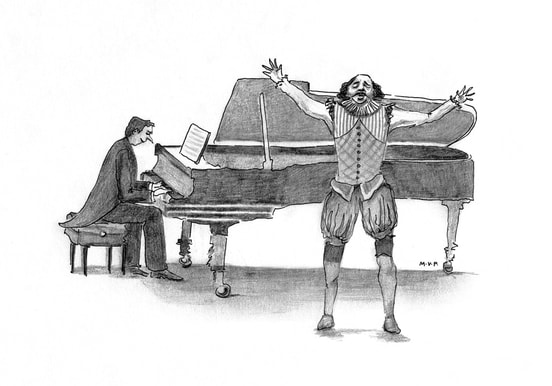 A Concert-Lecture
featuring Shakespearean song settings by
Schubert, Quilter, Finzi, Stanford, Coleridge-Taylor,
and the anonymous balladeers of Elizabethan England
with singer-storyteller Jack DesBois
William Shakespeare was not only the English language’s greatest poet, but also one of its most enduring songwriters. The songs he wrote for his plays baffle scholars and delight musicians – because, for the most part, nobody knows how the original music sounded. Composers over the centuries have written new music for the Bard’s words, while scholars have sought out Elizabethan-era tunes that fit the words well and therefore just might have been the original settings. Singer and actor Jack DesBois draws from both approaches in this program, weaving the songs into a fascinating glimpse of Shakespeare’s musical world.
If you are interested in booking this event for your organization, contact DesBois Tutoring & Enrichment at 978-500-8639, learn@desboistutoring.org, or via our Contact Page.
A two-minute promotional video for the original 2017 concert-lecture.
The full one-hour video from the original 2017 concert-lecture at Middlebury College, Middlebury, VT.

Download File
A downloadable and printable informational flyer for Shakespeare's Songs.
back to enrichment programs 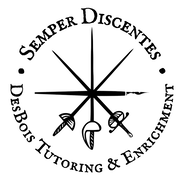